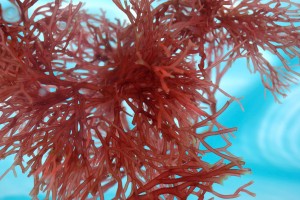 In a regularly scheduled five-year review of ingredients allowed in organic food, the United States Department of Agriculture (USDA) has once again approved the renewed listing of carrageenan as a non-synthetic substance at section 205.605(a), without restrictions.

Contrary to what you may hear, the USDAâ€™s decision came after thoroughly considering all of the available science.

That does not mean that the unfounded attacks on a substance in successful use for hundreds of years will cease, especially since we are now in a comment period related to the USDA decision. We now live in a world where communications are conducted at warp speed and a careful review of science is often discarded in favor of raising unfounded fears.

As an organization, Cornucopia consistently attacks food ingredients, processes, companies and science whose financial benefits do not accrue to its members.

Cornucopia regularly questions the ethics of scientists, researchers and any other representatives it sees as corrupted by funding from larger members of the food industry.

This emphasis on funding sources is regularly employed by groups who would rather argue funding than science. While Cornucopia has every right to advance the interests of its members, its attack on global regulatory agencies like the Food and Drug Administration and the ethics of scientists doing valuable research funded by industry is shameful.

The FDA, the World Health Organization and other regulatory bodies rely on science that most mimics the way carrageenan is consumed by humans with food. They have repeatedly rejected science that does not meet that simple standard.

Cornucopia sees those decisions, particularly evaluations by the FDA, as worthy of their contempt.

â€œCarrageenan contributes no nutritional value, nor does it improve the flavor, safety or shelf-life of foods and beverages. It is added solely to affect the texture (â€˜mouthfeelâ€™) of foods and beverages, and for the convenience of the customer who does not have to shake beverages like chocolate milk before consumption. In terms of a cost-benefit analysis, the scientific evidence of harm far outweighs negligible benefits.â€

The hundreds of years of history of stabilizers and carrageenan specifically would argue that â€˜mouthfeelâ€™ is far more than simply a â€˜negligible benefitâ€™. Red Seaweed, often identified as Irish Moss and the source of carrageenan, has been used to thicken puddings and stews for hundreds of years.

Millions of consumers around the world consume food with carrageenan every day with no adverse health effects. These consumers prefer food that does not separate in storage. In fact, consumers often throw out food that has destabilized, contributing to food waste.

Food producers use carrageenan to enable them to store certain foods at room temperature, reducing transportation, storage costs, and food waste, advantages that are passed through to consumers.

As a vegetable-based ingredient, carrageenan is used in place of gelatin in kosher, halal and vegan foods.

Food producers choose carrageenan specifically because it does not alter taste and adds no calories.Â  In fact, it is used in some foods to reduce calories.

â€œThe FDA claim that food-grade carrageenan is not contaminated with degraded carrageenan has been refuted by several studies, including the carrageenan industryâ€™s own laboratory results.â€

The carrageenan process extracts what is naturally occurring in red seaweed. The World Health Organization concluded that the natural distribution of molecular weights in carrageenan used by the food industry is safe.

At the 51st meeting of JEFCA they said, â€œIf the native carrageenan were sufficiently degraded to cause ulceration or tumor growth, this would have been detected in animal studies.â€ (Benford et al, 2008, page 79)

An animal feeding study (Weiner et al, 2007) was deliberately done using carrageenan with a high percentage of lower molecular weight (LMT). The feeding study concluded that there was no effect of high percentage of low molecular weight. The study used the latest scientific techniques to look for effects in the colon and found NO EFFECTS. This study has been referred to by the FDA as the â€œgold standardâ€.

The Cornucopia reference to the â€˜industryâ€™s own test resultsâ€™ is a misunderstanding of a preliminary investigative study published by the industry. In this study the industry was evaluating all potential technologies that might be applicable to measure the molecular weight and molecular weight distribution of carrageenans.Â  The testing was carried out by six laboratories using whatever equipment was at hand to try to determine the best approach. The results of the study show that the inter-laboratory variabilities were very high, suggesting that such testing required significant method development before any application to measuring the LMT could be relied upon. We are still trying to develop a validated method.Â  This testing did not indicate in any way that food-grade carrageenan was contaminated. The primary issue is that Cornucopia fixated on one aberrant data point and ran with it instead of reviewing the data point in context with the other five data points on the same sample and obviously without reading the text of the Marinalg report, which explained this in detail.

â€œYou (the FDA) claim that the five studies supplied by Dr. Tobacman in the 2008 petition, which were in vitro studies, are â€˜not relevant to routes of exposureâ€™ from food. We ask that the FDA consider the totality of scientific evidence, which includes animal studies and in vitro studies.â€

Regulatory bodies do not and did not ignore all the studies, whether in vitro or in vivo.Â  They base their findings on peer-reviewed science and presumably gave added value to science that more clearly resembled the way carrageenan is ingested by humans as a food ingredient.

In a media interview Michael Adams, deputy director of the FDAâ€™s Office of Food Additive Safety, said the (Tobacman) petition didnâ€™t make a compelling case to re-examine the safety of carrageenan. â€œIt (carrageenan) has been reviewed repeatedly by the FDA scientists and other international organizations, and in the judgment of those experts there hasnâ€™t been a problem.â€ Adams called a rat study from 2006 â€œthe gold standard because it exactly mimics the exposure consumers are going to get when they eat these carrageenan-containing foods.â€

Carrageenan has been tested as a food ingredient for more than 40 years. It has been used globally for more than 600 years and the science related to human exposure, plus all the global accumulated anecdotal evidence, all vouch for carrageenan as a stabilizing ingredient.

Unfortunately, if you get your health information from an indiscriminate search of the Internet youâ€™ll miss all of that.