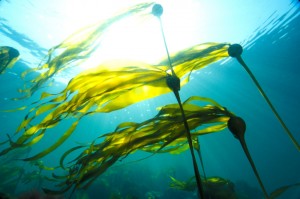 The United States supports one of the safest food supplies in the world. I would state â€œthe safestâ€, but itâ€™s hard to prove. What is easy to prove is the rigor of regulatory review in the United States by the Food and Drug Administration (FDA) and the US Department of Agriculture (USDA) that ensures foods and food ingredients are safe as consumed, are not adulterated and are correctly labeled. The FDA and USDA are charged with protecting the public health; they are staffed with scientists â€“ microbiologists, toxicologists – and analysts.Â  As policy makers and regulators, they are trained to move methodically and not capriciously; they are not quick to pass judgment. This is not criticism, but an observation over three decades of experience and an ardent study of their history. All this being said, it would be easier for these regulatory agents to say nothing, punt, or otherwise avoid making a decision or putting it in writing. In the case for the safety of the dietary ingredient, carrageenan, they stated in writing and without equivocation that this common food ingredient is safe as consumed and does not require further study or regulation.

There is one research team led by Dr. Joanne Tobacman, currently at the University of Illinois in Chicago, who published reports about carrageenan in 2001 from in vitro studies and has alleged adverse health effects for over a decade. This research teamâ€™s work is not in humans; it is in petri dishes that â€œsimulateâ€ human physiology. Suffice to say it is difficult and highly unlikely that we are able to understand the complexity of human physiology, including the mechanics of digestion and the effect of colonic bacteria as it relates to dietary intake of carrageenan. But Dr. Tobacmanâ€™s research team has been quick to pass judgment on the safety of carrageenan in food based on these hypothetical models, suggesting that carrageenan causes gastrointestinal tumors and cancer.

The problem is that no one agrees with Dr. Tobacmanâ€™s conclusions â€“ no one who understands the science and is responsible for public health. Dr. Tobacmanâ€™s research methods and results have been reviewed by US and international food safety officials. The research reporting adverse health effects has been evaluated and rejected by two recent JECFA review teams (in 2002 and again in 2007) and the European Commissionâ€™s Scientific Committee for Food (in 2003). In 2012, the FDA officially and in writing rejected Dr. Tobacmanâ€™s citizenâ€™s petition to the Agency to revoke the food additive regulations that permit the use of carrageenan in foods. To my earlier point that FDA is an organization that moves slowly and prudently, it took them four years to issue their reply to the citizenâ€™s petition, which was (poetically) issued on the fourth anniversary of Dr. Tobacmanâ€™s submission to the Agency. The FDA reported in their seven-page response that the petition was denied because there is inadequate information supporting it. FDA responded to each allegation, including that carrageenan caused inflammation, ulceration, and neoplasm of the digestive tract. They rebuked the use of experimental models to simulate human digestion and handling of dietary carrageenan. They refused to accept the allegation that dietary carrageenan presented a food safety risk because it degraded in the body to the lower molecular weight substance, polligeenan â€“ because there is no evidence that it does.

The USDA has also recently rejected restrictions on dietary carrageenan that would be based on the claims of Dr. Tobacmanâ€™s team. In 2012, the US Department of Agriculture (USDA) acknowledged the report of the National Organic Standards Board (NOSB) and accepted its recommendation to continue to permit to use of carrageenan in organic foods. However, USDAâ€™s National Organic Program (NOP) concluded that the NOSB erred in their recommendation to restrict the use of carrageenan in organic infant formula.Â  They failed to adopt the recommendation and continue to permit the use of carrageenan in organic infant formula. The NOSB was responding to a statement in a 2003 report of the European Union Scientific Committee on Food (SCF), which discussed a general lack of information specific to carrageenan intake in individuals less than six months of age. However, the SCF concluded that â€œthere is no evidence of any adverse health effects in humans from exposure to food-grade carrageenan, or that exposure to degraded carrageenan from use of food-grade carrageenan is occurring.â€ The USDAâ€™s National Organic Program agreed.

Letâ€™s stand up and defend our food supply from those who want to attack it. They unnecessarily scare our friends and families who consume food. Letâ€™s stand up also for our defenders of public health, our regulators within the FDA and USDA for their willingness to state the facts, make policy, and move on. Good advice.