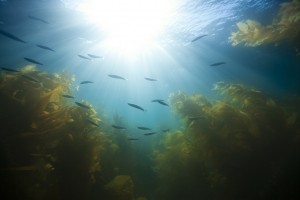 It is easy for public health officials to err on the side of caution. Look no further than the European Union to find examples of application for the â€œPrecautionary Principleâ€. With all due respect to our European friends and colleagues, the Precautionary Principle translates into poor policy â€“ regulation driven by consumer perception and fears with science hidden in the closet. Regulatory policy must have science as its foundation, or it has no compass.

Recently, in 2012, the US Department of Agriculture (USDA) acknowledged the report of the National Organic Standards Board (NOSB) with its recommendation to restrict the use of carrageenan in organic infant formula â€”Â and went in another direction that is better supported by science.

The National Organic Program (NOP) concluded that the NOSB erred in their recommendation to restrict the use of carrageenan in organic infant formula. The NOSB did not find a problem with the safety of carrageenan for human food consumption. They were responding to a statement in a 2003 report of the European Union Scientific Committee on Food (SCF), which discussed a general lack of information specific to carrageenan intake in individuals less than six months of age. However, the SCF concluded that â€œthere is no evidence of any adverse health effects in humans from exposure to food-grade carrageenan, or that exposure to degraded carrageenan from use of food-grade carrageenan is occurring.â€

The NOPâ€™s decision, published as a proposed rule in the Federal Register on May 3, 2013, is consistent with the findings of US food safety authorities. The US Food and Drug Administration (FDA) has reviewed and repeatedly confirmed the safety of food-grade carrageenan as a food additive for use as an emulsifier and stabilizer. Carrageenan is a natural product made from seaweed.

Health concerns have been documented in relation to a different non-food substance, referred to as degraded carrageenan and officially as poligeenan. Food-grade carrageenan is not degraded in the body to poligeenan. Carageenan is ingested and passes through the gastrointestinal tract without change. Studies showing adverse health effects depend on non-oral routes of carrageenan administration, or in vitro tests that involve petri dishes and not animal or human subjects. Dietary exposure studies in humans and animals, along with epidemiological evidence from decades of food-grade carrageenan consumption do not show health concerns. If they did, the FDA and the numerous international health organizations that have reviewed and documented their findings about carrageenan would be restricting it or prohibiting it from the food supply. They are not taking any action because they are convinced, and continue to be convinced about the safety of consuming carrageenan as a food ingredient.

We do many things based on an abundance of caution. We check that our keys are in our pocket twice, even though we know they’re there. We check that the front door is locked, even though we know we just locked it. These are personal foibles, but they are not the basis for sound regulatory policy. We must do the scientific research in order to understand an issue, challenge the findings and seek alternative results; but once all that is done, we must accept the results and move forward. This is the case for carrageenan. There is no voice from the food safety community that suggests there are safety concerns from carrageenan, when used in the amount and for applications for which it is approved. These applications include use in infant formula. The USDAâ€™s National Organic Program recognizes this fact and we should continue to be comfortable with their decision, as published in the NOP Proposed Rule.